One Canadian’s life-changing adventure across the country’s most striking natural landscapes, told through photos.

Canada’s vastness can be humbling, overwhelming and enticing all at once. It can also be life-changing—it certainly was for me.

It all started with a trip I took as a young adult to Killarney Provincial Park with a group of friends. Killarney has long been treasured by backpackers, portagers and artists for its pristine Northern Ontario wilderness; the beautiful landscapes inspired some of the most iconic paintings of the celebrated Group of Seven.

The La Cloche mountains of Killarney, a range of mountains in Northern Ontario, are more than three billion years old and believed to have once stood taller than the Rocky Mountains. For a geology geek like me, that’s pretty mind boggling.

Once we had arrived at Killarney, we set up camp in the park’s backcountry near Topaz Lake, which took an 11-kilometre hike to reach. I instantly fell in love with the crystalline blue waters and white quartzite mountain ridges. I’ve returned to the park half a dozen times since then—a place I’ll always be fond of that harbours great memories.

An adventure to remember

In the year following my epic Killarney adventure, my friend and I conjured up the idea of road-tripping across the country for a month. Daring to move beyond my home province of Ontario, my goal was to reach the rough waters of the Pacific Ocean and climb the Rocky Mountains. For months, the road trip was all I looked forward to.

When I went to sleep, I would dream about it. We had originally planned to leave right after our high school graduation, yet I’d long struggled to stay motivated for school and dropped out in my senior year.

Not graduating was tough, and it made me think less of myself. But it didn’t stop me from making my dream trip happen. After months of saving up, we left home on July 1, 2017 in a dodge caravan to embark on a journey that would change my life forever.

Within the first few days of the trip, I stumbled upon the shores of Lake Superior for the first time. We looked for the face of the Old Woman in the 200-metre standing cliffs off the bay near Wawa.

More waterscapes awaited us in Kenora, where a visit with my brother turned into an exploration of the many bays and islands of Lake of the Woods, a vast expanse of lake split between Ontario, Manitoba and the state of Minnesota. 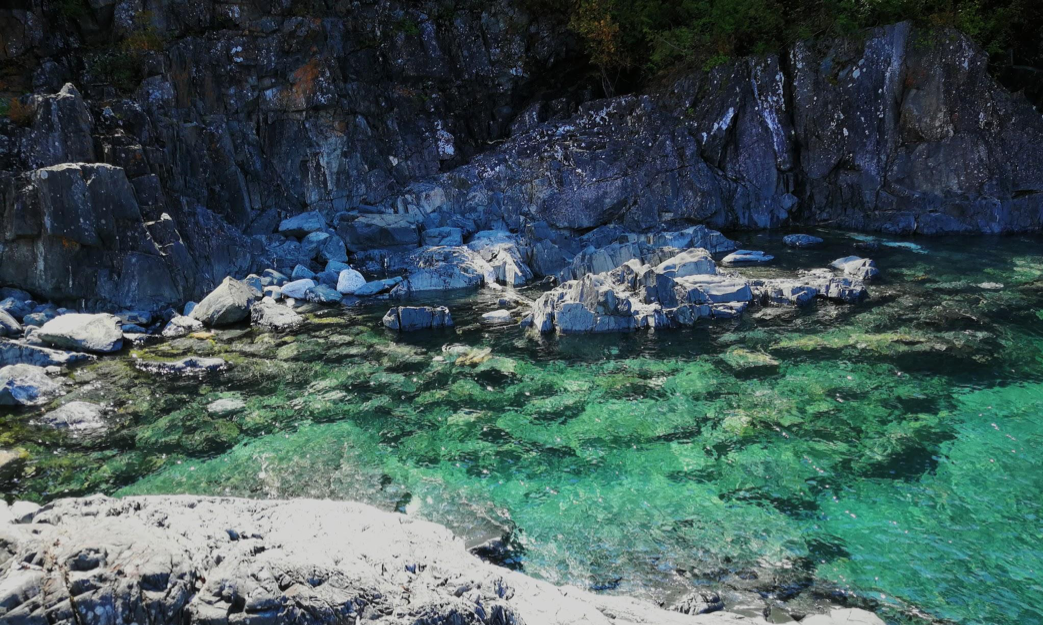 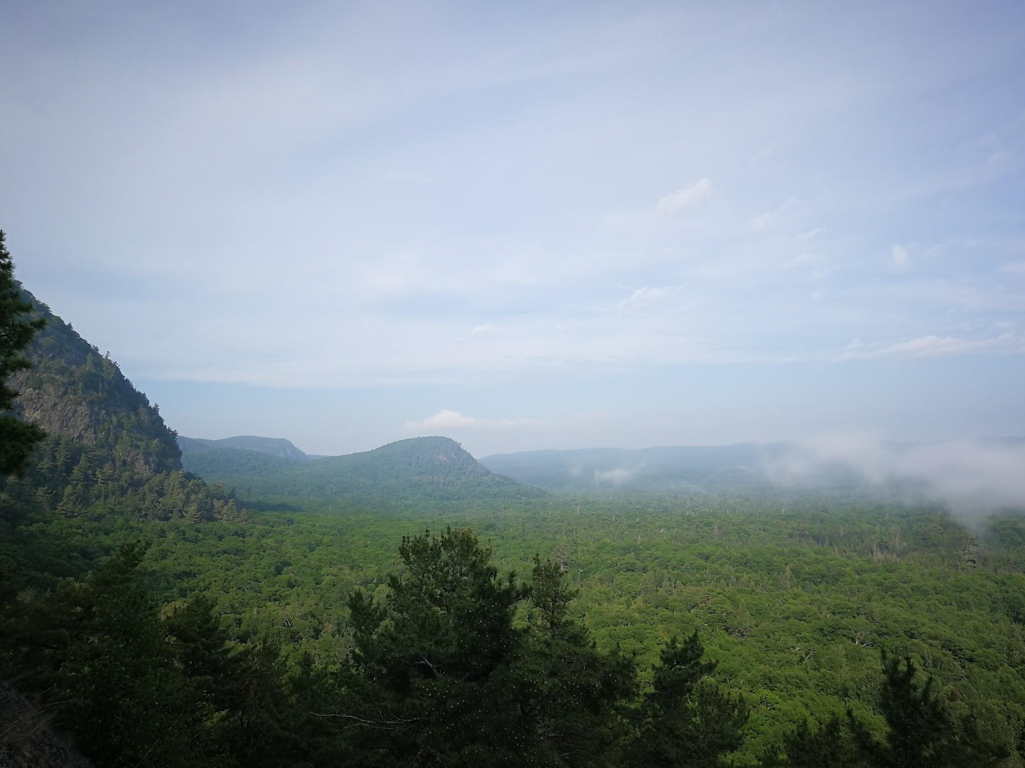 After Kenora, we continued west and reached Canada’s expansive prairies. For a lot of Canadians crossing the country, the prairie provinces aren’t a sightseeing priority. I was one of them. I’d originally wanted to cut through Manitoba and Saskatchewan as quickly as I could, thinking there wasn’t much to see.

I found myself pleasantly surprised—I couldn’t have been more wrong. They call Saskatchewan the “Land of the Living Skies” for a reason. When your windows are rolled down on a prairie road under infinite blue sky, there’s an unparalleled feeling of freedom that overwhelms you.

The majesty of the prairie skies in Saskatchewan. (William Berdusco / Terra Observer)

Westward bound, we drove up the rocky mountains through Crowsnest Pass, Alberta, dodging forest fires while we were at it. We loaded our trusty dodge caravan onto a ferry heading towards Nanaimo, B.C., eventually reaching our west coast goal of Tofino.

We’d marked it as our final destination because to us, it symbolized freedom. With its pacific beaches, temperate rainforest and coastal mountains, it was like an escape—as though we’d gotten as far away as we could from the Canada we thought we knew. Quite literally, we’d reached the end of the road. Sitting on Long Beach and watching the setting sun over the Pacific felt completely satisfying after months of picturing the exact moment in my head. 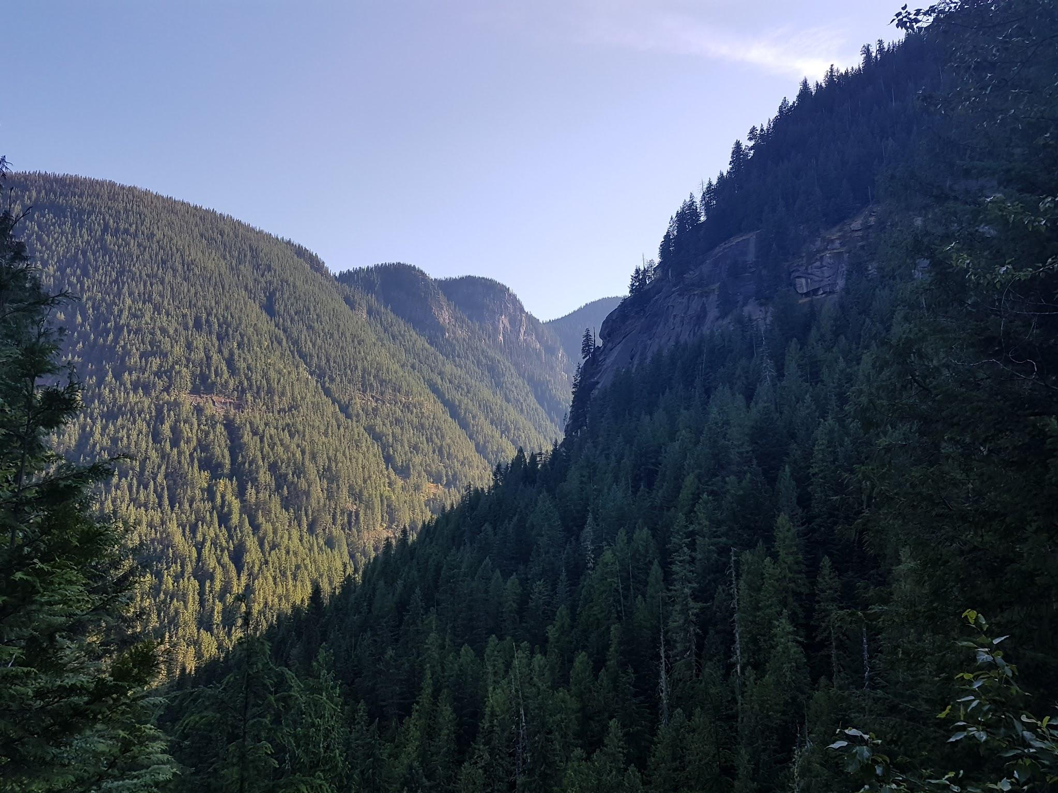 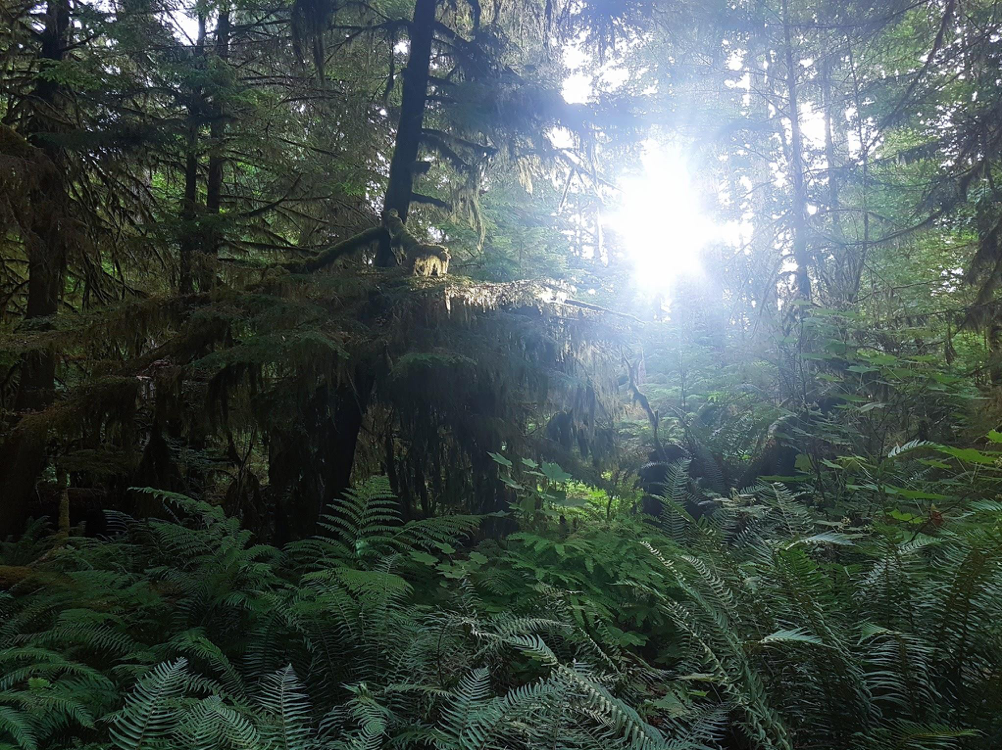 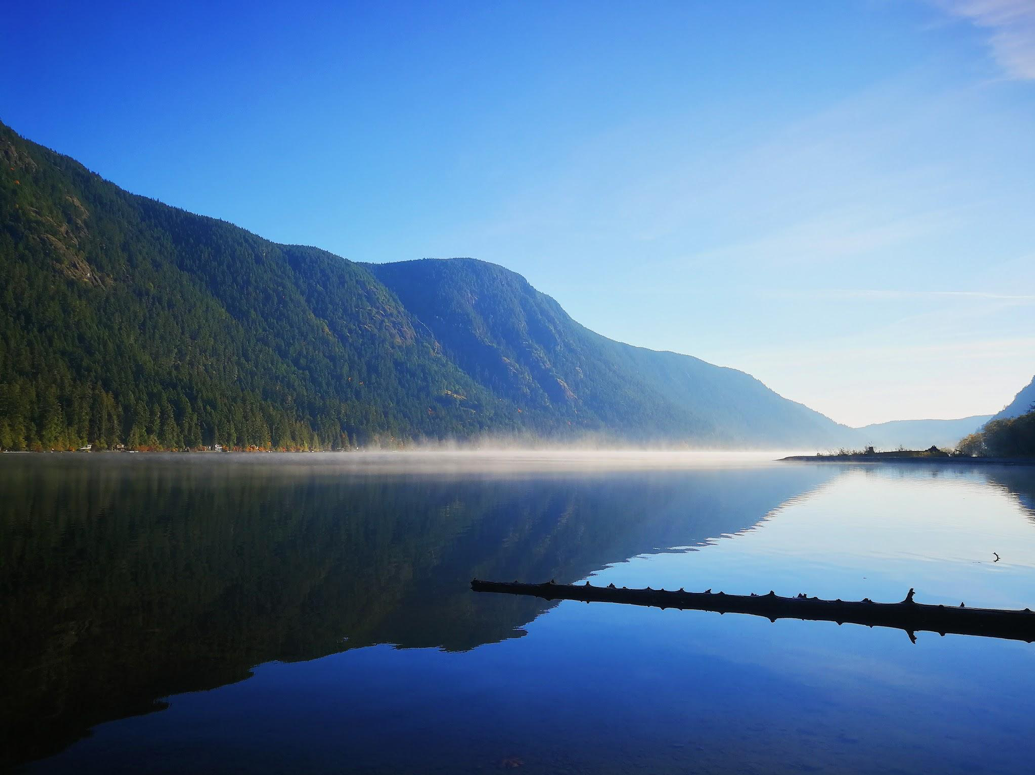 Having met our goal, it was time to turn the caravan around and prepare it for the many more adventures we’d enjoy on the way back. We followed a slightly northern route on our journey back home that took us through British Columbia treasures like Kamloops, Revelstoke and the otherworldly Glacier National Park, where we encountered some of the best views we witnessed on our cross-country trip.

With the Rockies behind us, Drumheller was up next—the ancient stomping grounds of Canada’s dinosaurs and our last stop before committing to the drive back east.

Even after I returned home, the landscapes I’d seen on my cross-Canada adventure inspired me. They made me realize that I wanted to create a life for myself where I could continue travelling and exploring the planet.

I went back to school and got my diploma. Almost immediately after graduating, I was accepted into the Katimavik Program—a national volunteer service that provides Canadian youth with the opportunity to live, travel and volunteer as a group across the country.

I traded in the dodge caravan for a railway experience. The Katimavik Program partnered up with VIA Rail and allowed us the opportunity to travel to Nanaimo by rail and experience breathtaking views across the country. The journey by rail was truly incredible.

In Nanaimo, I had the chance to visit the north, east and west sides of Vancouver Island. In Vancouver I worked at Stanley Park, the city’s prized urban park surrounded by the waters of the cool Burrard Inlet and English Bay, where my team worked to remove invasive species in the area. 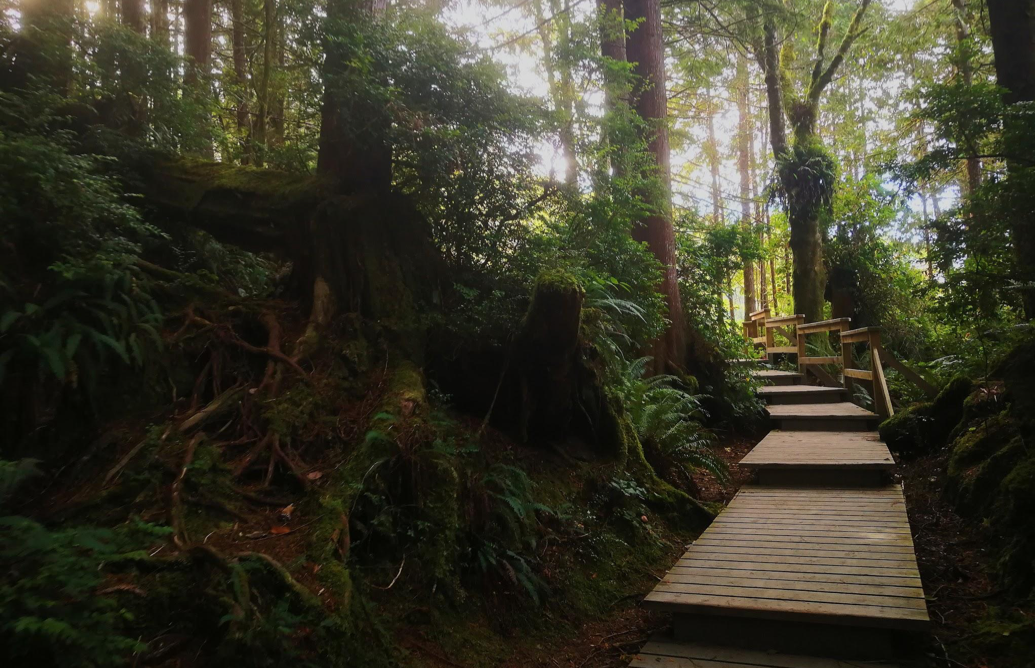 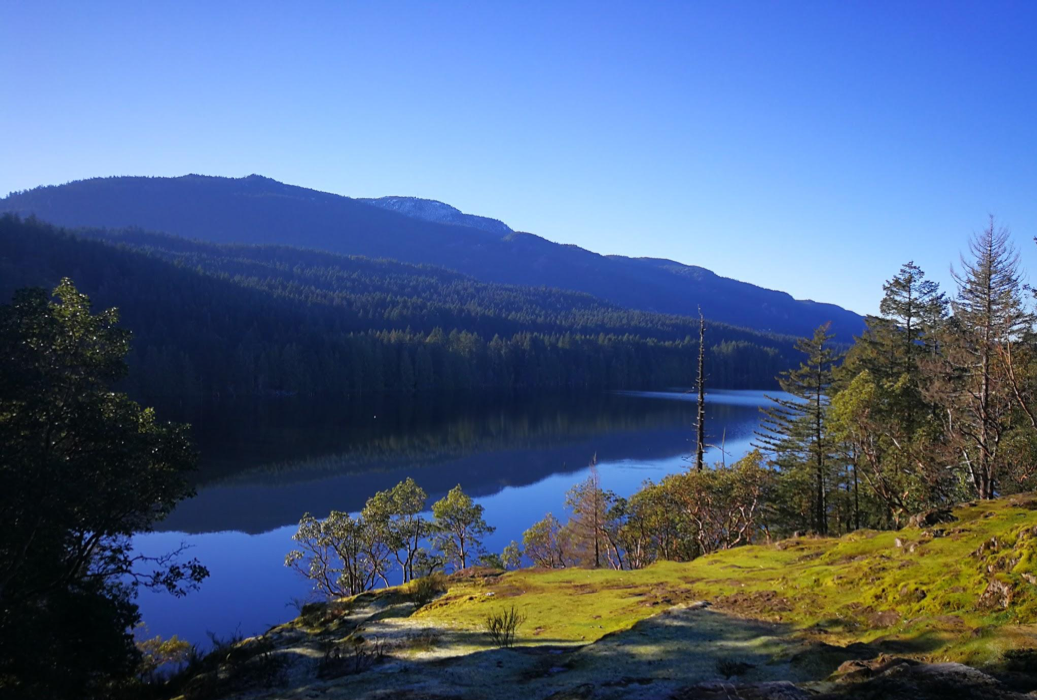 Stills of Mount Benson and the Tonquin Trail, British Columbia.

The wonderful Katimavik experience encouraged me to keep pursuing volunteer work in my own community of Stoney Creek, which focused on preserving and respecting nature. Over the last four years, I’ve made it my personal mission to explore as much of Canada as possible. This mission is what motivated me to enroll in an outdoor adventure naturalist program at Algonquin College, where I plan to turn my favourite hobby and passion into a career.

I don’t know what the future holds, but I know it became brighter the day I decided to check out the striking landscapes and natural wonders of my own backyard—vast, diverse and beautiful Canada.

Be it climate or COVID-19, there’s no denying Ontario’s denier culture

From farm to table—starting your food story

How to fight for climate action without losing our minds